(Jakarta Globe) Fahri Hamzah: RI has better things to worry about than IS 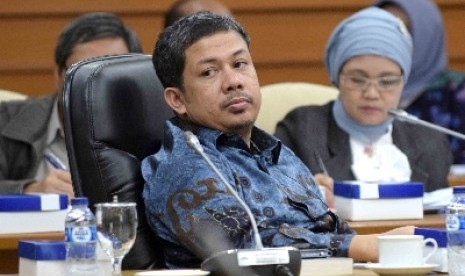 Jakarta Globe - House of Representatives (DPR) Deputy Speaker Fahri Hamzah says the government should not expend too much effort addressing the issue of Indonesian nationals joining the Islamic State (IS) movement, as there were pressing issues to tackle.

“Yes, we must be cautious of them. But we shouldn't dwell on that issue for months as if there aren't other important things to think about,” Fahri said on Thursday as quoted by kompas.com.

According to Fahri, the IS movement issue was mostly a concern of the international community, and if Indonesia were too focused on the issue, the country would be unable to settle domestic issues that needed to be prioritized.

The Prosperous Justice Party (PKS) member added that Indonesia had tons of other problems, such as alleviating poverty and building a strong economy.

With a stronger economy, Indonesians would no longer be interested in joining with the IS movement, he said.

Commenting on Turkey’s handling of the IS movement issue, Fahri said Turkey’s stronger economy had made it stable enough to tackle the issue, which sits next door.

“Which is more important? The IS [movement]or solving our own problems?” he reiterated.

Meanwhile, Coordinating Political, Legal and Security Affairs Minister Tedjo Edhy Purdijatno confirmed that the 16 Indonesia's currently being held in Turkey had attempted to join the IS movement by crossing the border in Syria.

The government’s efforts to bring them home have apparently reached an impasse, as they refuse to be sent back to Indonesia.

"The Turkish government wants to deport them, but the Indonesians don’t want to come back,” Tedjo said.