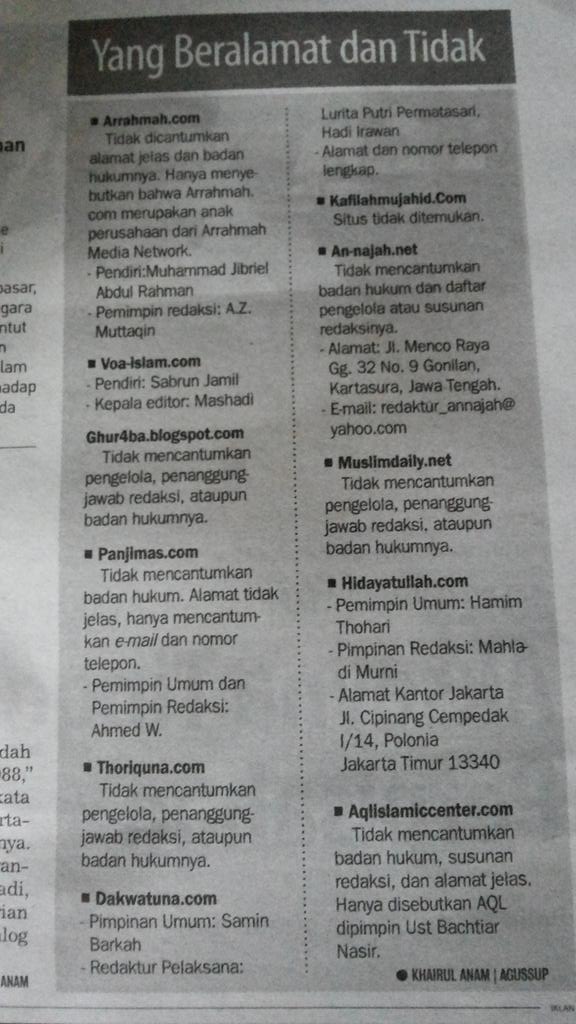 Academics from several Yogyakarta universities have claimed that the government’s blocking of websites that supposedly promote radical Islamic beliefs will not resolve such problems and will spawn further trouble.

Yogyakarta Muhammadiyah University (UMY) international relations professor and political observer Muhammad Rofiq said that generalizing Islamic websites through blocking them would only lead to further problems, including negative public prejudice toward a government that seemed to be muzzling democracy.

"There are several sites that do promote Islamic State [IS] propaganda, but it doesn’t mean that all Islamic sites are spreading that information. Freedom of opinion and expression is protected in the law. It’ll just make more problems," Rofiq told The Jakarta Post on Thursday.

"Don’t act alone, [or] generalize all Islamic websites as promoting IS content when one is found to have done so," he said.

Another academic, Gajah Mada University (UGM) media and communications expert Wisnu Martha Adiputra also said that blocking Islamic websites would not stop the spread of radical thought, as it was not only spread by the Internet, but also through media such as school textbooks.

"This has to be considered because radical thought can be spread through many channels. Closing down websites will not solve the problem," Wisnu commented.

He added that the basis of the blockages, which refer to a 2014 ministerial decree on managing websites regarded as having negative content, did not take the Press Law into consideration.