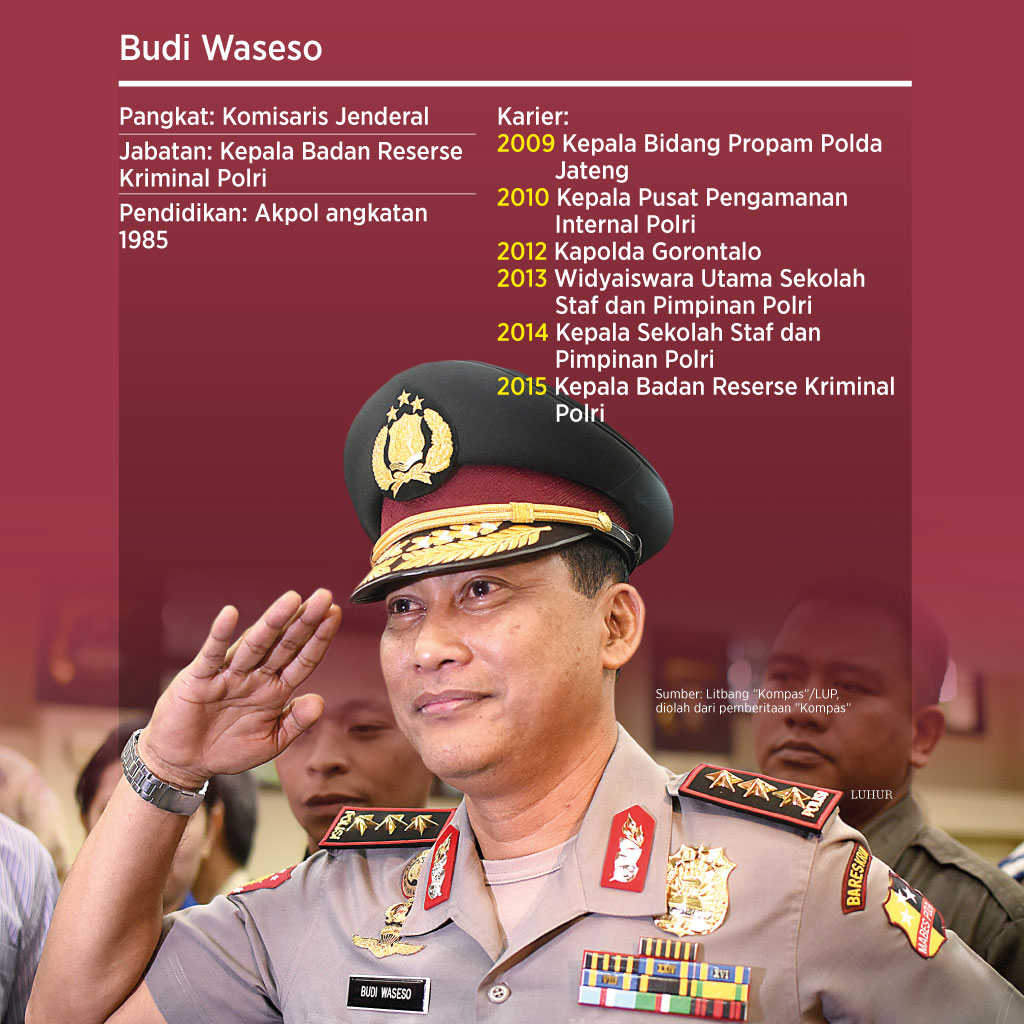 President Joko "Jokowi" Widodo said on Wednesday that he would announce next week his decision regarding the controversial nomination of Comr. Gen. Budi Gunawan as National Police chief amid speculation that Jokowi may pick a new candidate.

Speculation has been rife over the past couple of days that Jokowi might drop Budis inauguration, which has been postponed by the President after the Corruption Eradication Commission (KPK) named Budi a graft suspect

"I will settle everything next week," Jokowi said after an event in Jakarta on Wednesday.

"There are some things that need to be settled [first]," Jokowi said when responding to questions about why he did not plan to make his announcement sooner.

The President refused to say whether pressure from political parties was delaying his decision on Budi; preferring ambiguity, he said "both [political and legal matters] should be considered before making a decision."

Ahmad Syafii Maarif, a member of an independent team that has been advising Jokowi on how to deal with the KPK-police conflict that emerged after Budis nomination, said the President would not install Budi as National Police chief.

"Pak Jokowi has phoned me, informing me that Budi will not be inaugurated," Syafii - who is also the former chairman of the countrys second-largest Muslim organization. Muhammadiyah - said Wednesday on the sidelines of an event in Yogyakarta.

According to Syafii, there was lot of pressure on the President to inau-gurate Budi.

Despite State Secretary Pratiknos recent call for him to resign from the police force, a move many believed could end the problem, Budi did not comply.

"After we communicated [about Pratiknos call for Budis resignation] Budi decided he would keep waiting for [a ruling from] the pre-trial process. After the pretrial ends, [we] hope that he will be able to make a decision about whether or not to resign," said National Police deputy chief Comr. Gen. Badrodin Haiti.

On Wednesday, names of potential replacement candidates for Budi had been circulating. Police Inspector Comr. Gen. Dwi Priyatno is among those who has a good chance of becoming the new police chief as a result of his good relationship with the President.

Detective division chief Insp. Gen. Budi Waseso, whose unit is currently investigating KPK leader Bambang Widjojantos alleged involvement in perjury, was also believed to be among the potential candidates, even though he has yet to meet the requirement of being a senior police official.

Waseso, along with Dwi, was on the list of five potential candidates submitted by the National Police Commission (Kompolnas) to Jokowi last week.

"It is true that Kompolnas is drafting a new list, but the President can also use the [list of] names submitted last week. We gave a full history of each person," Kompolnas member M. Nasser said as quoted by Antara news agency.

Coordinating Political, Legal and Security Affairs Minister Tedjo Edhy Purdijatno, who is also the Kompolnas head, however, said the President had yet to ask for Kompolnas input on new candidates.

"There were nine names previously [submitted to Jokowi from which he chose Budi]. As for the remaining [eight names], it is up to the President [whether or not to choose them]. If he asks for our advice, we will give it to him," Tedjo said.

Pratikno refused to confirm whether Dwi was one of the candidates with a good chance of replacing Budi. Badrodin, who is also believed to be a potential candidate, said he did not know about the speculation that Dwi might be the next police chief.

A meeting occurred between leaders of parties in the ruling coalition on Tuesday afternoon to discuss Budis fate. Indonesian Democratic Party of Struggle (PDI-P) chairwoman Megawati Soekarnoputri was there in relation to her interests in Budis situation; he was her adjutant when she served as the countrys president

According to Vice President Jusuf Kalla, the meeting concerned the settlement of Budis case, which included a proposal for his immediate inauguration as National Police chief.

"That [Budis case] was among the issues discussed," he said.