(Jakarta Post) House to consult with court on poll disputes 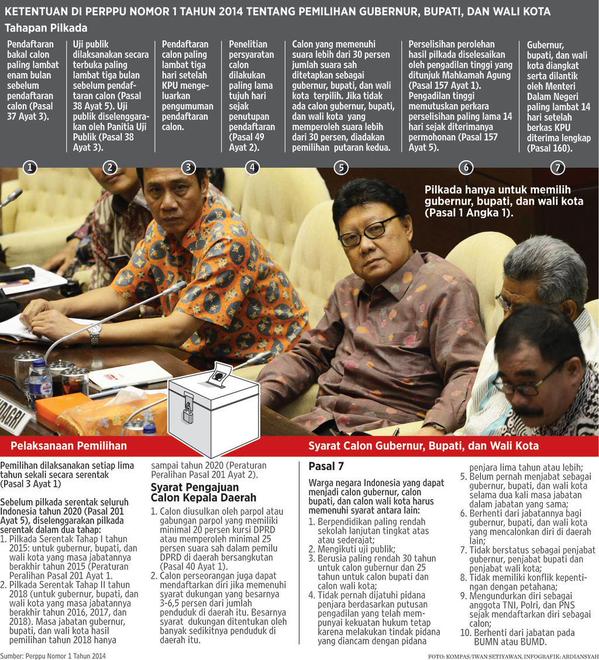 House of Representatives speaker Setya Novanto said that House Commission II overseeing governance and regional autonomy would seek input from relevant agencies regarding changes to the mechanism for disputing elections that was mandated in the Regional Elections Law.

The recently passed law shifts the authority to settle election disputes from the Constitutional Court to the Supreme Court, a point which is still disputed by lawmakers.

"The Commission II head will consult the Supreme Court about election disputes," Setya said on Thursday.

Setya said the consultation should be done as soon as possible to avoid unresolved discord between lawmakers and courts.

"A consultation with the Supreme Court is required to obtain clarity," Setya said.

The House has received the law and it has been forwarded to the commission for amendment.

"We have entrusted Commission II with revising the law," he noted.

He is hoping that the law will be revised during the second half of the 2014-15 House sitting session, which will be primarily focused on the concurrent regional elections scheduled for this year.

Commission II has so far suggested seven issues to be addressed in the laws amendment plan. One of the changes is related to the election dispute mechanism.