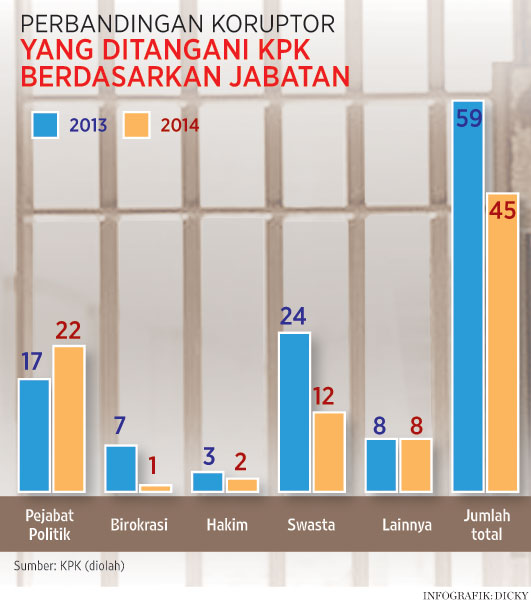 Former Corruption Eradication Commission (KPK) advisor Abdullah Hehamahua has recommended that the authority to appoint the antigraft agency’s leaders be fully given to the KPK leadership selection committee, citing concerns over conflicts of interest.

He said there was no need for the House of Representatives (DPR) to assess KPK leadership candidates because it was a political institution.

“I propose that KPK leaders no longer be selected by the DPR as it is a political institution,” Abdullah said on Saturday.

Abraham and Bambang were named suspects by the police in separate cases not long after the KPK named then National Police chief candidate Comr. Gen. Budi Gunawan a graft suspect just before he was endorsed by the House.

However, Abdullah said the suggestion could not be taken up for the next KPK leaders as the regulation would need to be revised, adding that the committee’s full authority to select KPK leaders could only be exercised in the 2019-2023 period.