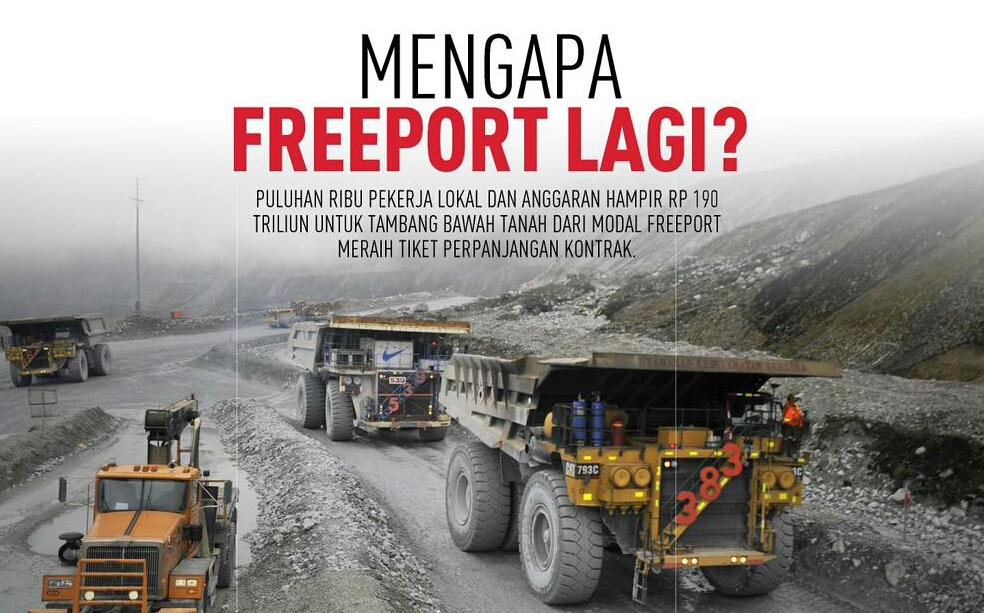 He once said he would freeze the export license of Freeport Indonesia, but then Mining Minister Sudirman suddenly changed his mind. When the validity of Freeport's export license ran out on January 25, Sudirman not only extended the license, he signed an MoU to extend the contract renegotiation period.

You initially planned to withdraw Freeport's export license. Why did you change your mind?

Their deadline was approaching at that time. By January 24, there should have been progress about building the smelter in order to extend the export license. But when we reviewed it, there was no development. They had to make some decisions, but they kept delaying it. For example, the location of the smelter hasn't been decided yet.

But why was the license given?

It was not suddenly. In one week, when they were given a warning, they demonstrated some seriousness in the last six months to build a smelter. They tried hard to show progress and showed us an MoU they had agreed on with Petrokimia Gresik for the land and Mitsubishi for the technology.

Is it all in line with the Government's requirement?

The progress is actually not in accordance with Government conditions, but we also considered the factors like the social aspect. If the Freeport operations were to be stopped, some 30,000 workers would be unemployed, we would lose the taxes and other such incomes. So I chose to secure Freeport's operations on condition they must carry out their commitment in a better way.

What did you discuss in your meeting with Jim-Bob Moffett, Freeport McMoRan chairman? The Government seems to have softened its stance after that meeting.

That's what I heard too: Freeport must have done something to them. But not really. The president didn't want to meet (him) and asked me to solve the issue. He's actually met Pak Jusuf Kalla since the start. But Pak JK's attitude is the same as Pak Jokowi. And that is, the Government wants maximum benefit from Freeport for Indonesia. Otherwise, that's it.