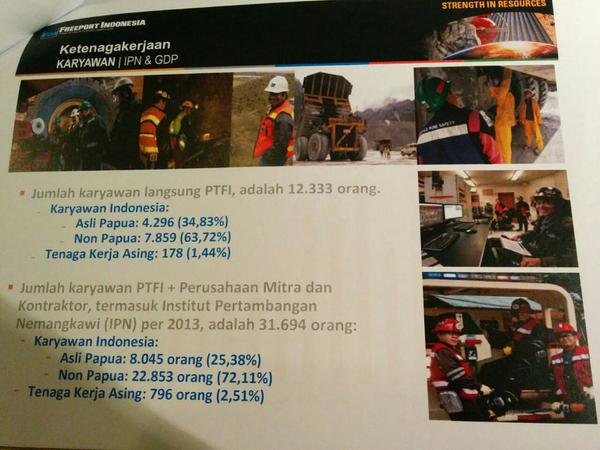 Indonesia will start allowing miners to renew contracts earlier than two years before expiry, the mines minister said on Friday, a move that would favour Freeport-McMoran Inc and its expansion plans at one of the world's largest copper mines.

Southeast Asia's largest economy is currently in talks with miners over their plans to develop domestic smelting and processing facilities, and earlier this week indicated that it could also ease a planned 2017 export ban on copper and other mineral concentrates.

The government's willingness to show more flexibility comes after U.S.-based Freeport pushed ahead with expansion plans at Indonesia's sole copper smelter at Gresik and gave its support to a government-backed industrial zone in Papua.

"The government regulation for extension proposals that regulates a minimum of two years before a contract expires will be revised," Sudirman Said, Indonesia's energy and mineral resources minister, told reporters.

Said did not say how early mining companies would be able to propose extensions but noted that oil and gas concession holders can propose renewals up to 10 years before a contract expires.

Under the current rules, many major miners operating in Indonesia can only apply for a contract extension two years before a concession agreement is due to end.

Any new regulation on earlier contract extensions would be linked to a miner's smelter plans, the minister said.

Freeport, which runs the Grasberg copper and gold mining complex, has for years been seeking contract certainty before investing the more than $15 billion needed to turn itsIndonesia asset into the world's biggest underground mine after 2016.

The Arizona-based firm's current deal is due to expire in 2021 but Said told reporters that a government decision on an extension would be reached before July 25 this year.

Grasberg is the world's second-biggest copper mine when at full production, but it slid to 8th largest last year after a lengthy stoppage related to new export rules.

Freeport, who could not be reached for comment on Friday, is expected to produce 2 million tonnes of copper concentrate from its Indonesian operations in 2015, up from 1.4 million tonnes in 2014.

Rio Tinto has a joint venture with Freeport for a 40 per cent share of Grasberg's production above specific levels until 2021, and 40 per cent of all production after 2021.