(Wall Street Journal) APBNP 2015: Indonesia Has The Money, But Can It Spend It? By Ben Otto 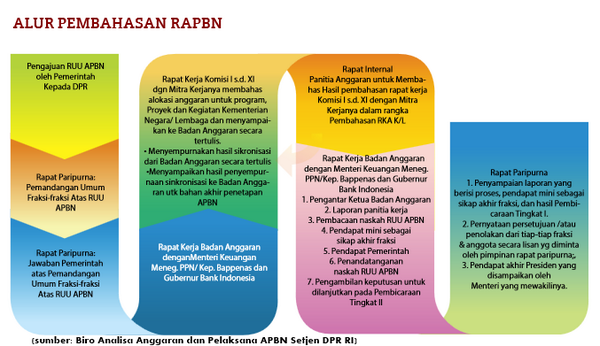 Indonesia Has The Money, But Can It Spend It?

Indonesia has won kudos from economists for rolling out a massive budget for infrastructure projects this year. The key now is whether it can spend it.

“Budgets will increase, but the ability to spend that money is not actually very easy,” Andrew Steel, a managing director at Fitch Ratings said at a recent forum in Jakarta. “These are big projects, there are a lot of different decisions to be made.”

President Joko Widodo has said his administration needs more than $400 billion during his five-year term to build up the toll roads, dams and power plants it’s long needed to cut crippling logistics costs and usher in a new era of manufacturing.

This year, it increased national budget spending on infrastructure to a record $22 billion, and it’s seeking billions more from private investors.

But disbursements in past years have fallen far short of allocations. “We think the risk is under-spending, rather than shortage of funds,” Chua Hak Bin, an economist at Bank of America Merrill Lynch, said wrote in a recent research note.

Last year, the government spent 84.7% of a far smaller budget for infrastructure spending, according to data from BAML.

The government says it’s working to solve the problem, in part by holding tenders for state projects months earlier than it has in the past and by promoting online disbursement systems that streamline the process of getting funds.

It’s also seeking to give state-owned enterprises a leg up by injecting them with sizable amounts of capital for working on infrastructure projects. That could give them the firepower to speed up projects, say officials, with the added benefit of giving them more leverage to access credit and make up chronic capital shortfalls.

“This is a reflection of the new paradigm,” Suahasil Nazara, head of the Finance Ministry’s fiscal policy agency, said Thursday. “It is a really a tool of government to enhance some of the spending.”

And using the injections to attract even more cash “is something we expect to see – not next month, not in two months, but in the medium term. We want to see the ability to leverage.”

The injection isn’t without controversy, especially given that funding is going to some companies that have had audit and graft problems in the past. Many investors are waiting to see if the plans can be executed [Read more: Indonesia Makes Play for Infrastructure Funding].

Their hesitation could also affect spending. Many state-owned companies will require outside funding in the form of rights and bond issues to advance their projects.

“There is some symbolic significance in that [Mr. Widodo] has been able to implement economic policies unexpectedly quickly,” said Eric Stein, portfolio manager at Boston-based Eaton Vance Investment Managers.

“But there is fear in the investor community that the government doesn’t exercise proper oversight of the SOEs,” he added. “Adjustments to regulatory policy would have been a more effective and cost efficient way to boost private sector confidence.”

Some economists applaud the move as a sign, at least, that the government is taking action.

“It may not be a revolutionary idea,” given that past officials have talked about making large injections before, said Eric Sugandi, a Jakarta-based economist at Standard Chartered. “But that the current government dares to implement the idea – that’s what makes the difference.”

If managed properly, SOE participation shows that the government “has ‘skin in the game’ of infrastructure projects, and may well serve to attract private investors that way,” OCBC economist Wellian Wiranto said. If not, and “SOEs appear to be too dominant,” he adds, the private sector could sit this one out.